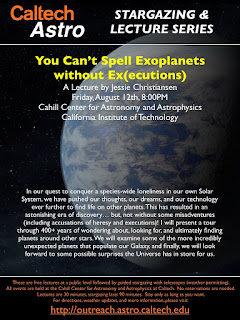 It was another busy night in Cahill for our lecture and stargazing. First up was Jessie Christiansen, talking about the existing history and study of extra-solar planets. Jessie first went through the (surprisingly!) long history of the idea of planets beyond our own solar system. As early as the middle ages, scientists thought about planets around other stars (usually with bad results!). But in the last twenty years, exoplanets have gone from being dismissed or ignored by astronomers to a vibrant field of study with thousands of detected planets. Jessie also discussed the efforts of the Kepler telescope, which has provided thousands of planet detections on its own. Jessie finished by describing some of the more incredible planets we've found- including one with liquid glass rain, some new baby planets, and others! 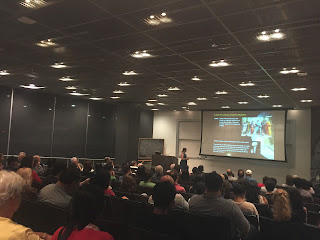 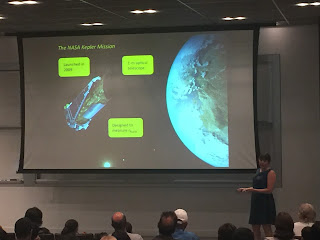 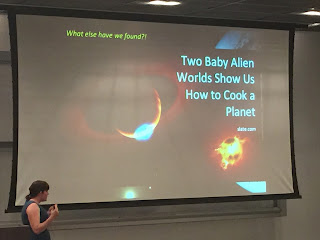 After the lecture, Erika Hamden gave a short presentation on the Perseid meteor shower, which peaked the night before. Unfortunately for our star gazers, the best time to see the shower was later in the night (when our wonderful telescope volunteers would be long gone), but Erika encouraged everyone to get to dark sky sights to see other meteor showers in the future.

Lastly, we had a great Q&A panel, discussing planets, life in the universe, telescopes, and black holes. A fabulous evening for all!

On the stargazing front, three telescopes observed Mars, Saturn, and the Moon to start, before switching over to other dark sky targets later in the night. Some of our attendees looked studiously for meteors, but there were only a few sightings so early in the night. This will be our last star gazing from the north field for a few months, while the athletic department installs a turf field. Be on the look out for information on our new location for the next few months!